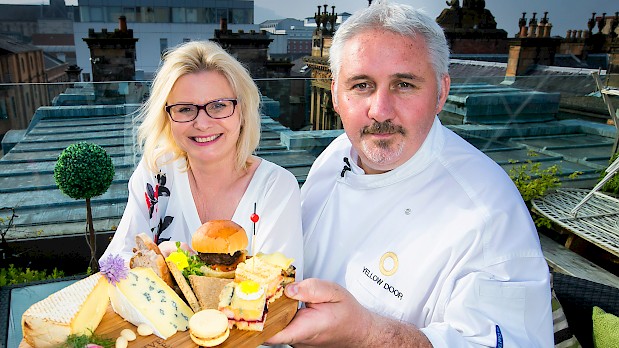 As you might imagine, I’m invited to a lot of functions (some more appealing than others), but last week I received an invite from Morrow Communications, which I knew was going to be great. You see the invite was for ‘An alfresco celebration of Fivemiletown Cheese, at The Merchant Hotel’ - The perfect summer soirée, this was not an invitation I was going to pass up! 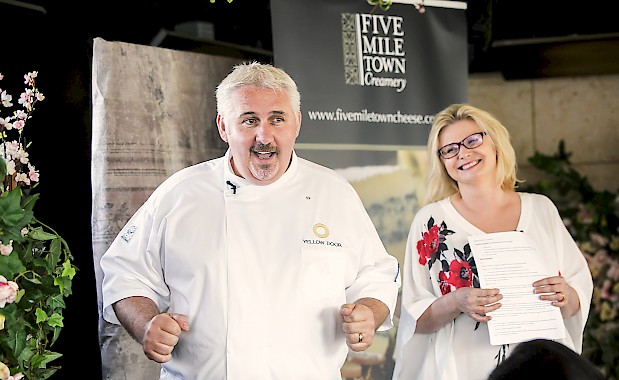 The Roof Garden of The Merchant Hotel, is one of Belfast’s best kept secrets with its panoramic views of the city and the hills beyond. Better still, it implied this was going to be a relatively intimate affair, rather than me getting lost in a cavernous exhibition space. 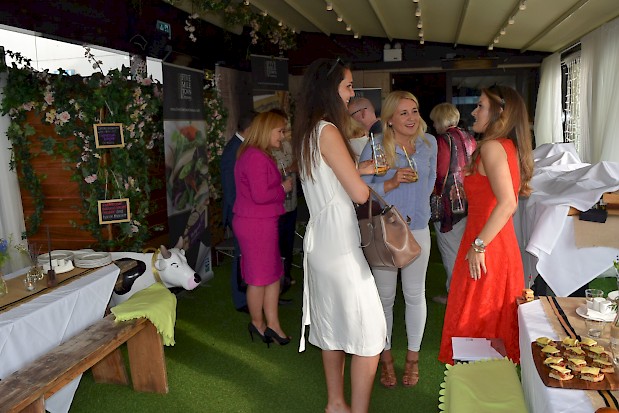 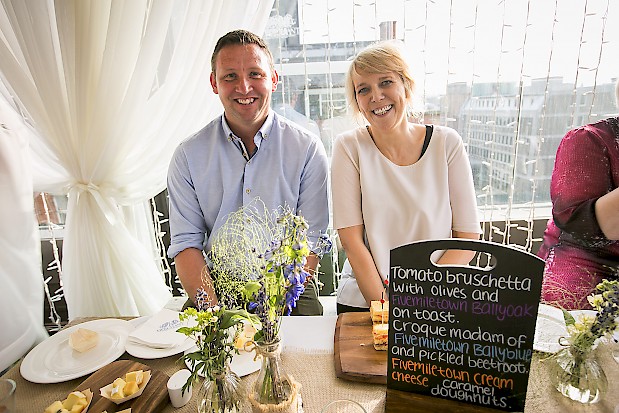 In the summertime, it’s all about being outside as much as possible—which is why I just adore the idea of a rooftop party. And The Merchant certainly didn’t disappoint. On arrival, handsome waiters mixing Bramble Cocktails were there to greet me, and as I meandered onto the terrace to mingle with the crowd (an intimate but lively bunch) I was offered the most delicious bespoke canapés featuring Fivemiletown cheese, lovingly prepared by Simon Dougan of Yellow Door Deli.  The terrace had been dressed like a summer garden, with outdoor seating, vintage chic flowers on the tables, and string lights created dreamy summer lighting! 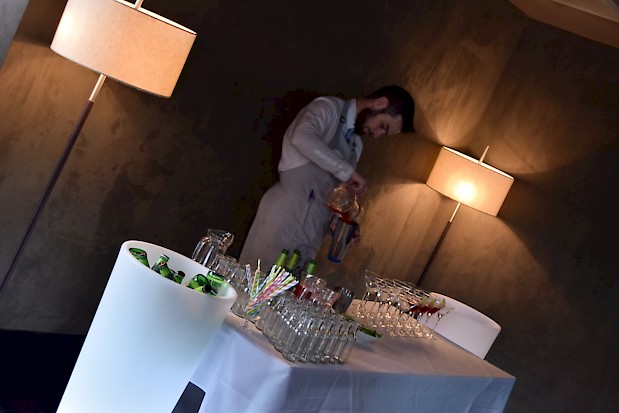 Of course, the main stars of the show were going to be the gorgeous, handcrafted cheeses, from the Fivemiletown creamery. The 116-year-old creamery, which produces both speciality and mass-market cheese, had been in financial difficulties for some time due to tough trading conditions and the loss of a major contract, but production looks set to continue (hurrah) after Dale Farm (one of the country’s largest dairy companies) swooped to save the business from closure. It was encouraging to hear Dale Farm’s, Group CEO, David Dobbin, pledge to grow the brand internationally, with the Fivemiletown brand already selling in New York and Hong Kong. It was heart-warming to meet the passionate (and terribly good looking) cheese makers, secure in the knowledge their cheese-making tradition was in secure hands, with new strategies in place to support local dairy farmers and grow its branded portfolio of quality consumer products. 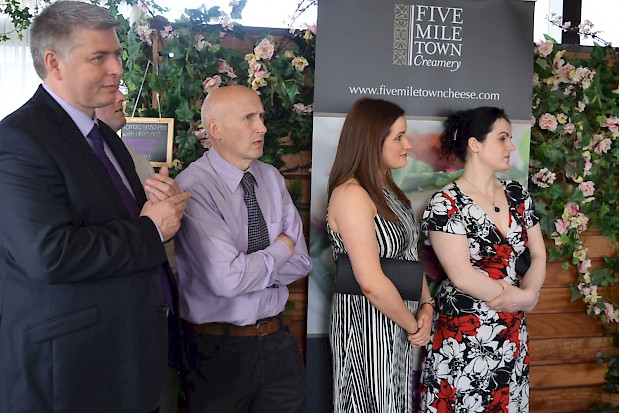 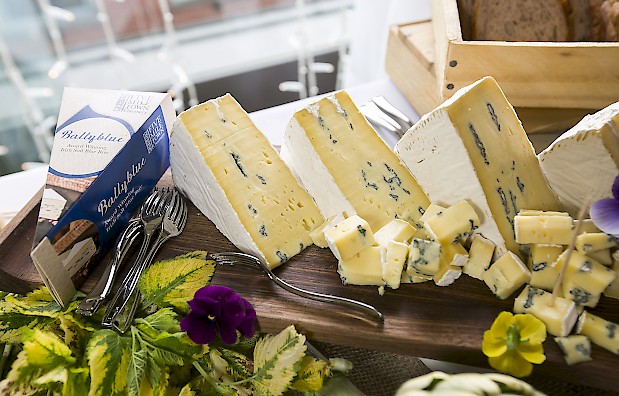 Next up, making her FIRST personal appearance (in our wee city - yeah!!!) was the newly crowned winner of MasterChef 2016, Jane Devonshire. Clearly a truly gifted cook, who only revealed her ten-year battle against cancer, in the final’s ‘family video’, because she didn’t wish it to be part of her narrative, during the competition; an enormously admirable and inspiring lady. For someone not used to public speaking, and with no hint of nerves, the 50-year-old stay-at-home-mum of four was engaging, warm and funny, and clearly loving her reign. Later in the evening Jane held a Q&A session, on incorporating these ubiquitous, award-winning cheeses, into recipes. This is one superstar who's going to go far. 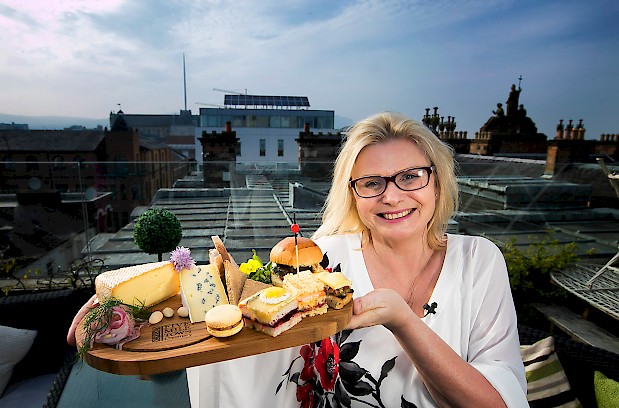 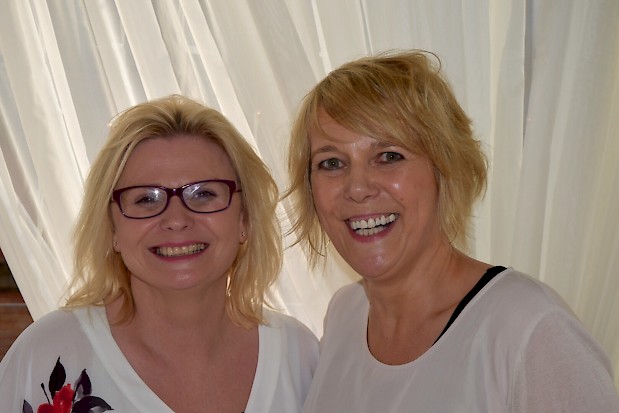 Last, but by no means least, there was Simon Dougan, chef and owner of Yellow Door, the deli and eatery, which has been described as ‘Portadown’s answer to New York’s Katz’s’.  Just last month Simon and his wife Jilly prepared an informal showcase featuring locally produced food and drinks for the Prince of Wales and Duchess of Cornwall. Engaging in some lively banter, Simon and Jane later went on to “introducing fresh flavour combinations to pair with the Co. Tyrone craft cheeses”. 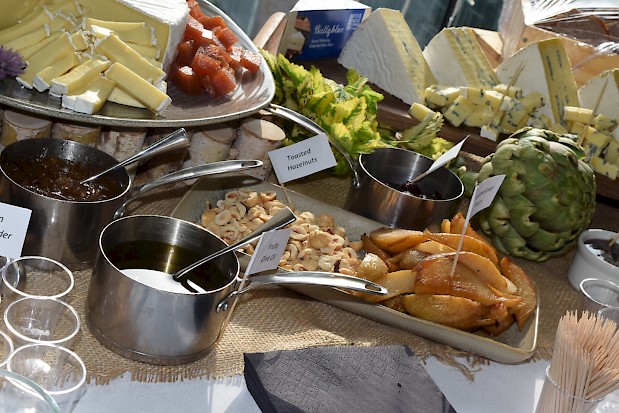 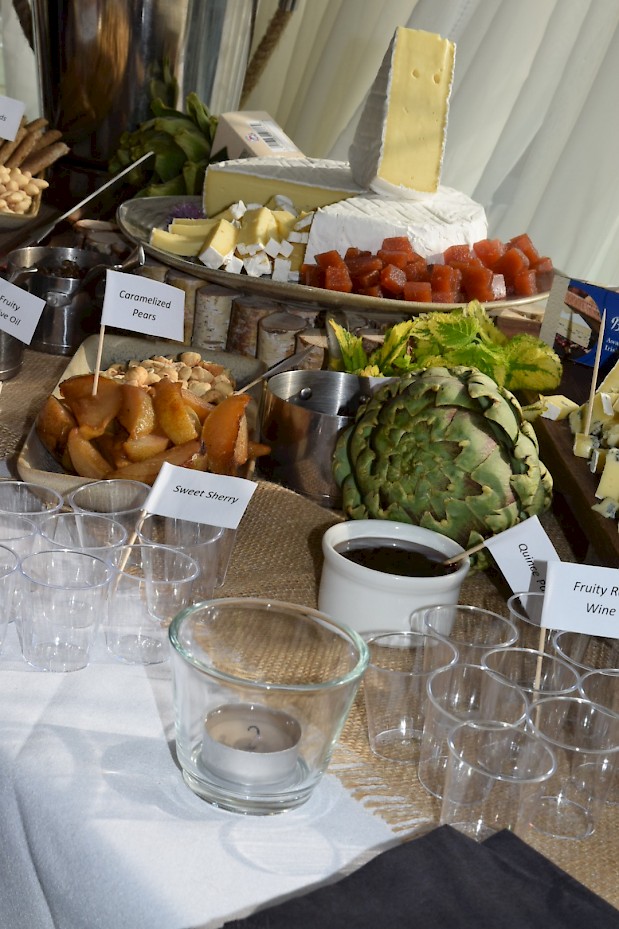 Tomato bruschetta with olives & Fivemiletown Ballyoak, caramelised pears, croque madame of Ballyblue & pickled beetroot, treacle stout, I could go on … but trust me, Sweet Carmel Cheese Donuts are the stuff of dreams! 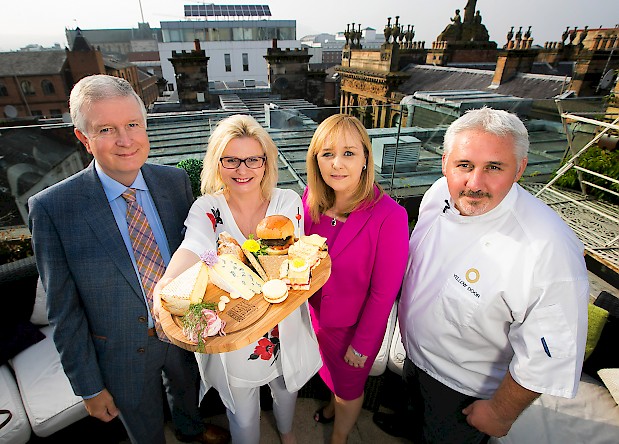 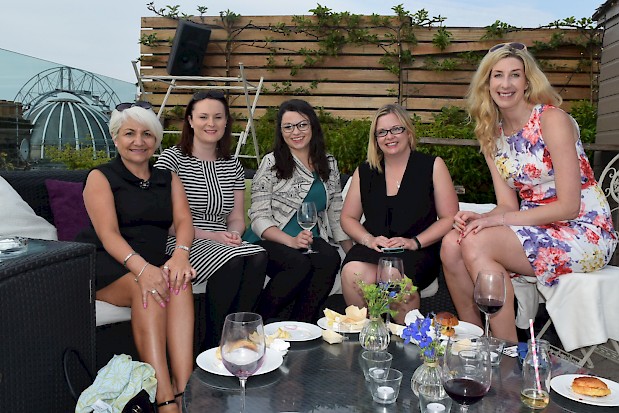 Thank you Morrow Communications for the invite, I want all summer evenings to be like this; what a triumph! 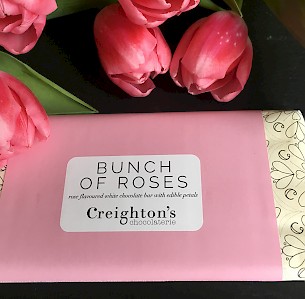 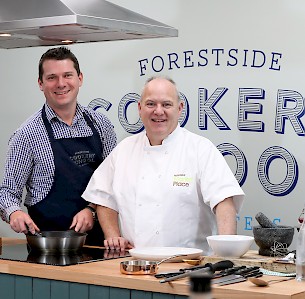 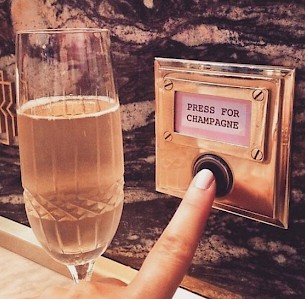